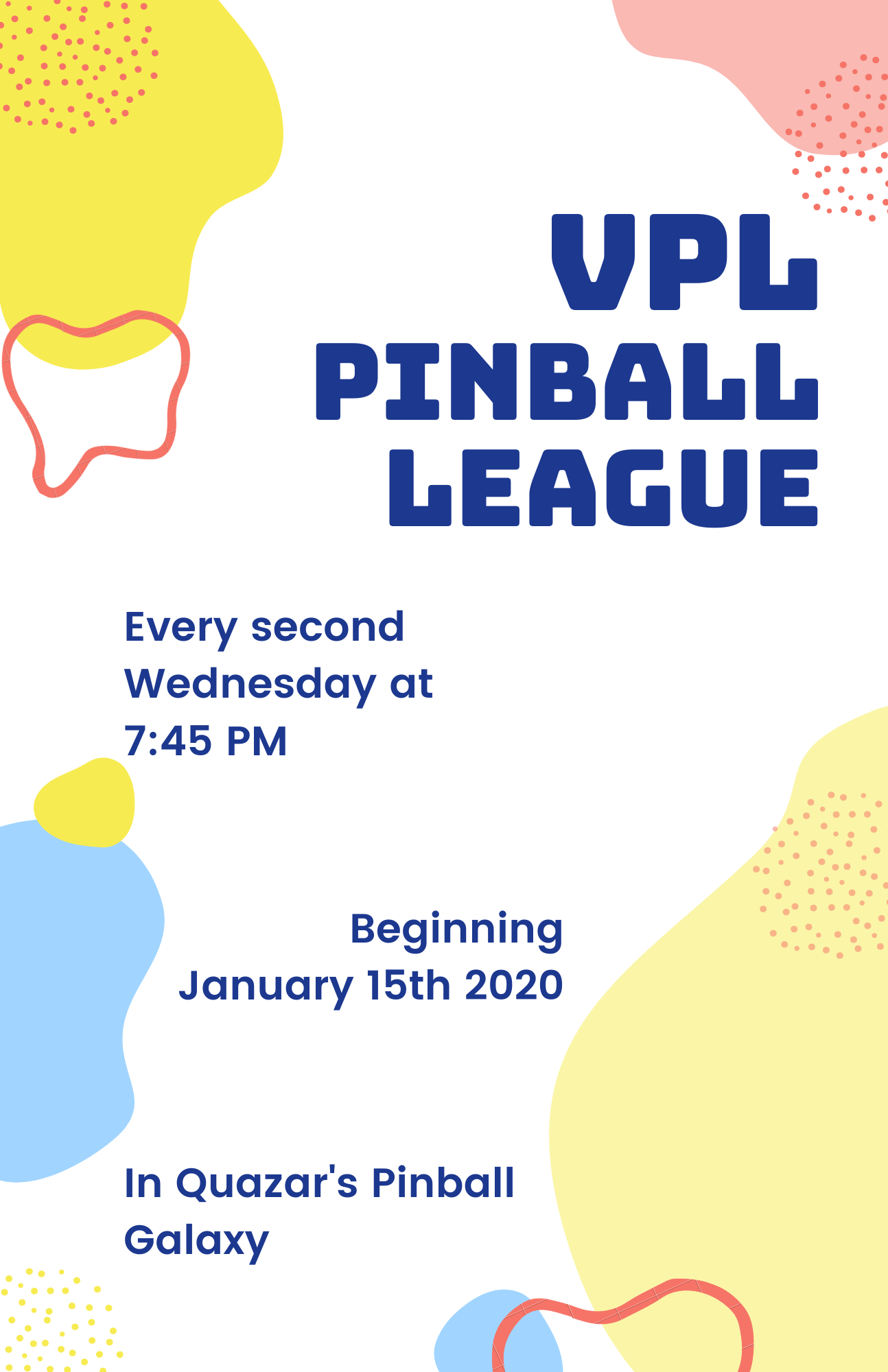 The VPL League Nights are a 6 night series that is divided up into 3 two night  ‘mini seasons’. Sign in happens at 7:45pm on alternating Wednesday nights in the Quazar’s Galaxy of Pins, and gameplay starts promptly at 8pm. League fees are a one time fee of $5 per six game season, plus the coin drop on the games we play. Typically $5.

You will be placed into a group of 3 or 4 players based on your previous play (first time players will start in the middle of the pack). In your group you will play 6 pinball games and the night generally completes within 90 to 120 minutes.

The league is IFPA sanctioned and part of the Vancouver Island Championship.

Any questions can be forwarded to Dan at [email protected].